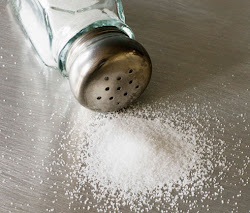 As I've gotten more into using blogs and twitter as a teacher, I find that they are both such an amazing learning tool for me. This post will make a lot more sense if you read Kelly O'Shea's blog on LOL Diagrams.  As you can see by the comments I made I was taught a slightly different way of making LOL Diagrams in my modeling workshop (See here).

For the following problem:


Here's how I would use LOL's to solve it.  I would first state what objects are in my system (in this case, the spring, the cart, the earth, and the track). I would then  draw the following LOL diagram.

As you can see, the "L's" are exactly the same, however in Kelly's format, you show the objects in the system versus those out of the system.  In this style you show the flow of energy as you move from the initial state (in this case, the energy stored in the compressed spring) to the final state (the cart moving at the top of the loop).

Kelly later gives an example of what the LOL would look like if you do not include the spring within your system.  Here's my take:

If we go back and include the spring, but also include friction. Then your LOL diagram would look like this:

As I mentioned in my comment to Kelly's post, I think either method could work. To me, this method makes more sense given the "O" in between the "L's" since it shows how you are getting from the initial to the final state.  I think if you are using Kelly's method, the "O" should go before the first "L".

I'll be the first to admit that I'm learning a lot more from her blog, then I've even thought of sharing on this one.  Just wanted to try to show what I was trying to say.  I'd love to hear from other experience modelers as to which style they use.
Posted by Scott Thomas at 1:01 PM